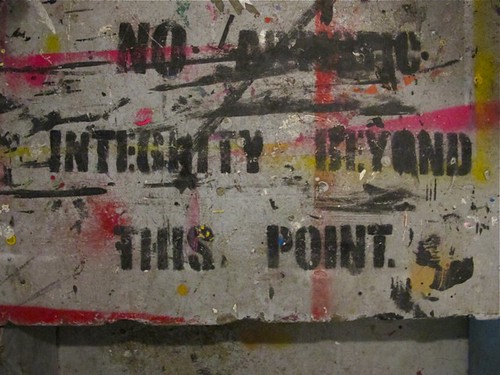 The moment we found a Bosavi woolly rat (with thanks to Leon Wild).

My 2008 presentation on Reznor and Radiohead’s strategies during ‘label shopping’ negotiations.

What Reznor possibly wished he had produced and why it leaked to BitTorrent.

TNR‘s Peter Boone and Simon Johnson on the next financial crisis.

Trent Reznor has released 404gb of raw, unedited HD tour footage from three shows on Nine Inch Nails‘ 2008 Lights In The Sky tour.  The footage is available as a peer-to-peer BitTorrent file.

An interesting pattern emerges about the reasons for Reznor’s BitTorrent tactics and Christmas gifts to fans.  Several weeks ago Reznor indicated to fans that an official DVD project for the tour had fallen through after a negotiation breakdown with a production company.  Whilst researching this 2008 conference paper and presentation I found out that Reznor knew in December 2006 about the Pirate Bay leak of NIN’s unreleased Closure DVD (Halo 12), a project still held up by licensing negotiations.

As I suggested in the paper, Reznor is using BitTorrent hyperdistribution to side-step negotiation breakdowns.  You can visualise the backward induction of decision tree payoffs or the real options analysis.  It’s a win-win situation for Reznor and NIN’s fans: Reznor breaks the deadlock and releases ‘unreleasable’ projects which probably have significant, unrecoverable sunk costs.  Fans get the raw, unedited material for user-generated content.  Behind this strategic rationale is a positive feedback loop that keeps NIN and Reznor relevant, generates buzz marketing and media coverage, and enhances Reznor’s bargaining power in negotiations.  The losers in this reshaped value net are the traditional record companies, their retail distributors and music industry lawyers.