Thomas Pynchon‘s new September 11 novel Bleeding Edge (London: Jonathan Cape, 2013) is now out and has a subplot featuring the Montauk Project conspiracy theory. The Counterpunch and Atlantic Monthly reviews mention the Montauk allegations. Pynchon likely found out about the conspiracy from an interview that Alexandra ‘Chica’ Bruce and Richard Metzger did for the Disinfo Nation television show (Channel 4, United Kingdom) which was later included on the Disinformation DVD and Disinformation: The Interviews book. (Both were on-sale prominently in St. Marks and other New York City bookshops.) Richard has blogged at his site Dangerous Minds about how the interview came about. Montauk fits Pynchon’s worldview and the themes of earlier, very influential novels like Gravity’s Rainbow and The Crying of Lot 49.

For me, Bleeding Edge evokes the period between the 2000 dotcom crash and the September 11 terrorist attacks, when I first edited the Disinformation website. I wrote about both incidents; as well as experiencing others like Enron’s collapse and the 2000 United States election outcome. I visited New York City between 20th and 25th September 2001, in part to visit author Howard Bloom. Pynchon’s subplots involving the darknet DarkArcher and stockmarket speculation echo some PhD-related work I am doing on the strategic subcultures of event arbitrage hedge funds: several ‘shorted’ airline stocks as the September 11 terrorist attacks unfolded.

The plausible Montauk-Disinfo-Pynchon connection highlights how subcultural ideas and memes can diffuse into mainstream society. Author Robert Anton Wilson likened this to strange loops. Author Don Webb described it as a fictive arcanum.

John Shirley‘s incredible cyberpunk trilogy A Song Called Youth is back in print. I reviewed the previous edition for the late digital culture magazine Artbyte in February 2001 (pp. 82, 84). The Responsibility to Protect or R2P doctrine and author Howard Bloom influenced my Artbyte review:

In 2029, the ongoing Third World War has left Europe in ruins, and Russia is rumored to be threatening a final nuclear strike. America is recovering from a depression caused by Arab-terrorist computer “hacktivists.” The Second Alliance International Security Force, a NATO-hired private peacekeeping force, is secretly using the geopolitical conflict to implement apartheid in Europe. Only the New Resistance knows the real agenda: Project Total Eclipse, a global eugenics program.

John Shirley’s millennial revision of the 1985 trilogy, A Song Called Youth, far surpasses its original cyberpunk label in creativity and gritty neorealism. The complex multistrand narrative chronicles the New Resistance’s mission to topple the Second Alliance by sabotage and guerrilla media warfare, or “culture jamming.” Meanwhile, Senator Henry Spector’s iron-fisted Public AntiViolence legislation spawns live televised executions of dissidents by public lottery contestants. In the decade and a half since the trilogy first appeared, Shirley’s premonitions of post-Mafiocracy Russia and a broadband internet (the Grid) have come true. God help us if his vision of ready-for-prime-time exevcutions proves prophetic for the increasingly privatized “prison-industrial-complex.”

Shirley gives credible descriptions of current mind-control psycho-technologyies, fundamentalist militias, and the way in which social Darwinism might become a dangerous sociopolitical tool. Throughout, he questions the Enlightenment notion of eternal progress: the aging space colony FirStep’s utopian promise ends in hierarchical warfare.

Jettisoning high-tech hyperbole for hard-core ideas, John Shirley reaffirms his influential status as cyberpunk’s firebrand political conscience. A Song Called Youth is a wake-up call, urging us to prevent the 21st-century holocausts that could spring from the nightmare coupling of genetic and social engineering. Now, who will fight the future? 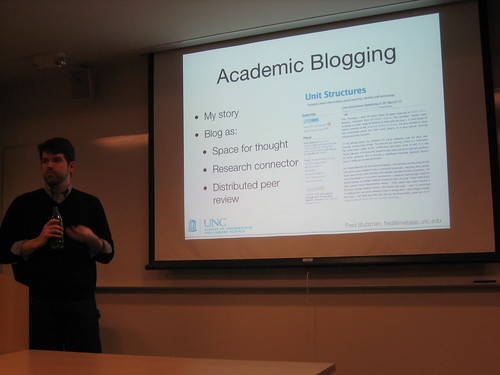 For the past five years I’ve been working on ‘draft zero’ of a PhD project on counterterrorism, intelligence, and the ‘strategic culture’ debate within international relations theory and strategic studies.

The project ‘flew past me’ during a trip to New York City, shortly after the September 11 attacks, and whilst talking with author Howard Bloom, culture maven Richard Metzger, Disinformation publisher Gary Baddeley, and others. An important moment was standing on the roof of Bloom’s apartment building in Park Slopes, Brooklyn, and seeing the dust cloud over Ground Zero.

The ‘draft zero’ is about 240,000 words of exploratory notes, sections, and working notes; about 146,000 of these words are computer text, whilst 80,000 is handwritten (and thus different, and more fragmentary).

In the next couple of weeks, I’ll write about the PhD application process, and the project when it gets formally under way, to share insights and ‘lessons learned’.

For now, here’s a public version of my CV and academic publications track record (PDF).

This is part of the background material prepared for the target university’s formal application process. In the publications section, the letter and numbers relate to Australia’s Department of Education, Employment and Workplace Relations (DEEWR) coding for the annual, institutional process of Higher Education Research Data Collection (HERDC); and the 2010 final rankings of peer reviewed journals for the Australian Research Council‘s (ARC) Excellence for Research in Australia (ERA) program. Universities and research institutions in Australia use the ARC, ERA, HERDC and DEEWR codings for bibliometrics, inter-institutional benchmarking, and to inform the strategic formulation, development and review of research investment portfolios.