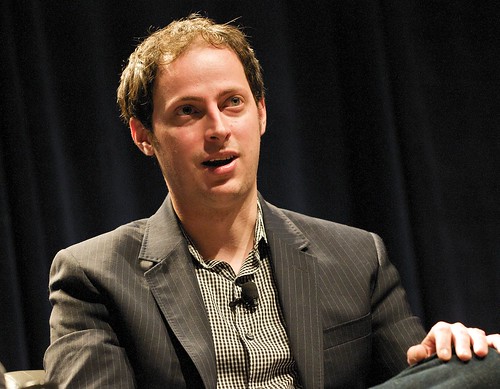 Malcolm Gladwell‘s new book Outliers: The Science of Success (New York: Little, Brown & Co., 2008) appears to be the publishing event of the week.

Gladwell (The Tipping Point, Blink) spearheads a group of writers who are masterful at using anecdotes about insights from statistics, system dynamics and the decision sciences that will interest a broad readership.  This group also in  Chris Anderson (The Long Tail), James Surowiecki (The Wisdom of Crowds), Nassim Nicholas Taleb (Fooled by Randomness, The Black Swan), Tim Harford (The Undercover Economist), Steven Levitt and Stephen Dubner (Freakonomics), and Michael Lewis (Liar’s Poker, The New New Thing, Moneyball) also belong to this group.  Apart from outliers and tipping points these books explore intuitive decisions, long tail distributions, the Law of the Many, chance, low probabilty high-impact events, martingales, and data-driven decisions.  Each author has a different background: Taleb is an epistemologist and former trader, Anderson is a technology pundit, and Lewis, Gladwell and Surowiecki are essayists and journalists.

For me, six observations emerge from these authors.  First, they have a writing style that appeals to a broad audience.  Second , they provide an introduction to quantitative elements of decision-making and judgments.  Third, their publishers have created a niche market in airport reading and popular science paperbacks.  Fourth, they differ in their approach to theory building: Anderson, Gladwell and Surowiecki take an insight, interview people, and promote it; Taleb, Harford and Lewis draw on their domain experience; and Levitt and Dunbar illustrate how a subject matter expert can collaborate with a journalist to reach a broader audience.  Fifth, their books have seeded a range of Web 2.0 strategies, which vary in rigour, validity, generalisability and applicability to real-world analysis.

Finally, their publishers have used their marketing appeal to build an audience during turnarounds and post-acquisition integrations: Gladwell and Surowiecki helped revive The New Yorker, Levitt and Dunbar’s blog gained The New York Times an Internet readership, and Anderson revamped Wired after Conde Nast‘s acquisition.

Could the roots of the 2007 subprime crisis in collateralised debt obligations (CDOs) and residential mortgage-backed securities (RMBS) lie in financial analysts who all used similar assumptions and forecasts in their quantitative models?

Barron’s Bill Alpert argues so, pointing to a shift of investment styles after the 2000 dotcom crash from sector-specific, momentum and growth stocks to value investing.  Investment managers who prefer the value approach then constructed their portfolios with ‘stocks that were cheap relative to their book value.’  In other words, the value investors exploited several factors — the gaps in asset valuation, asymmetries in public and private information sources, price discovery mechanisms and market participants — which contributed to mispriced stocks compared to their true value.

However, the value investing strategy had a blindspot: many of the stocks selected for investment portfolios also had a high exposure to credit and default risk.  The 2007 subprime crisis exposed this blindspot, which adversely affected value investors whose portfolios had stocks with a high degree of positive covariance.

Quantitative models also failed to foresee the 2007 subprime crisis due to excessive leverage, difficulties to achieve ‘alpha’ or above-market returns in market volatility, and the separation of risk management from the modelling process and testing.  Other commentators have raised the first two errors, which have led to changes in portfolio construction and market monitoring.  Nassim Nicholas Taleb has built a second career on the third error, with his Black Swan conjecture of high-impact events, randomness and uncertainty (see Taleb’s Long Now Foundation lecture The Future Has Always Been Crazier Than We Thought).

Alpert hints that these three errors may lead to several outcomes: (1) a new ‘arms race’ between investment managers to find the new ‘factors’ in order to construct resilient investment portfolios; (2) the integration of Taleb’s second-order creative thinking and risk management in the construction of financial models, in new companies and markets such as George Friedman’s risk boutique Stratfor; and (3) a new ‘best of breed’ manager who can make investment decisions in a global and macroeconomic environment of correlated and integrated financial markets.